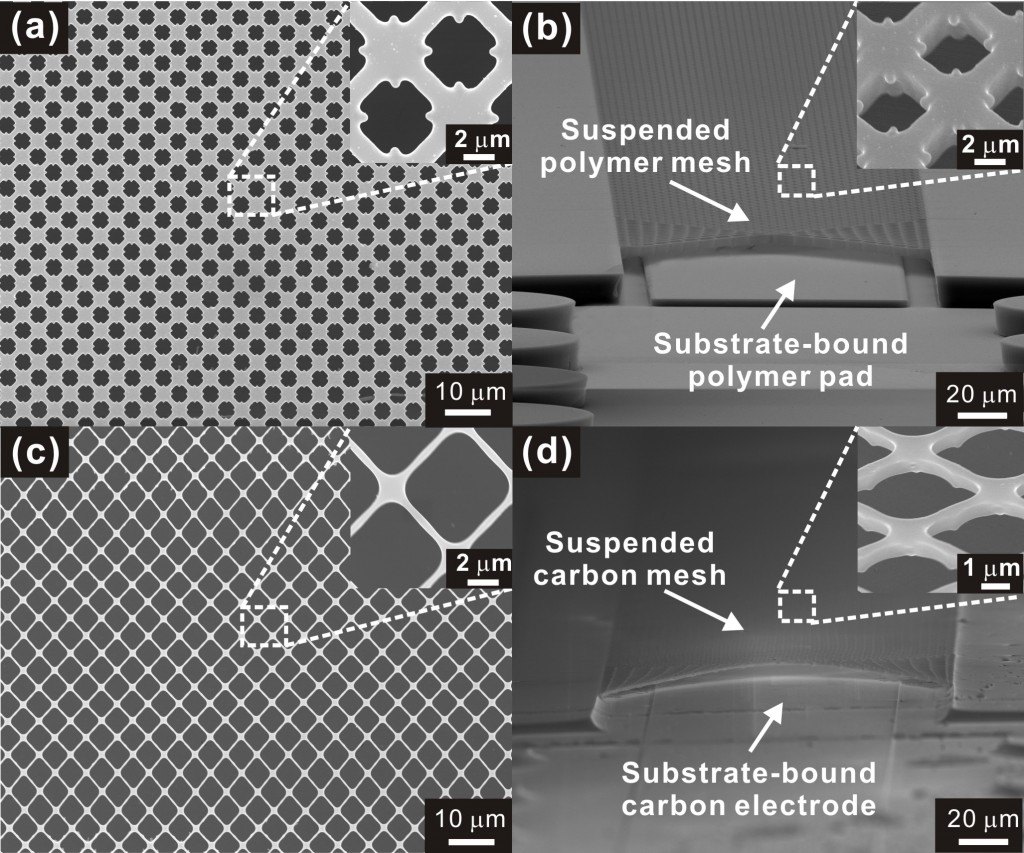 Abstract : Herein, we present a novel electrochemical sensing platform that consists of a set of suspended carbon nanowire-based mesh electrode with deliberately controlled shapes (hexagonal or diamond), and a substrate-bound planar carbon electrode. These electrodes overlapped one another with a pre-defined gap. By recycling the redox reactions between the electrodes with a 2.1-μm-gap, the redox current of Fe(CN)64-/Fe(CN)63- could be amplified approximately 37 times. This high current amplifying capability enabled dopamine detection down to 5 μM using cycling voltammetry. The current enhancement is inversely proportional to the electrode gap, which was precisely controlled by using a polymerization-stop layer. The complex morphology of the stacked carbon structures was obtained by simply using multiple UV-lithography processes and a single pyrolysis process that allowed pre-defined polymer structures to shrink into sub-micrometer-scale carbon structures. The suspended carbon mesh structures confined the mass-transfer near the electrode overlap region, and hence, the electrode set operated as a “sandwich” electrode enclosed within a microchannel. This effect was studied by simulating the mass transfer of the redox species, and confirmed by electrochemical measurements 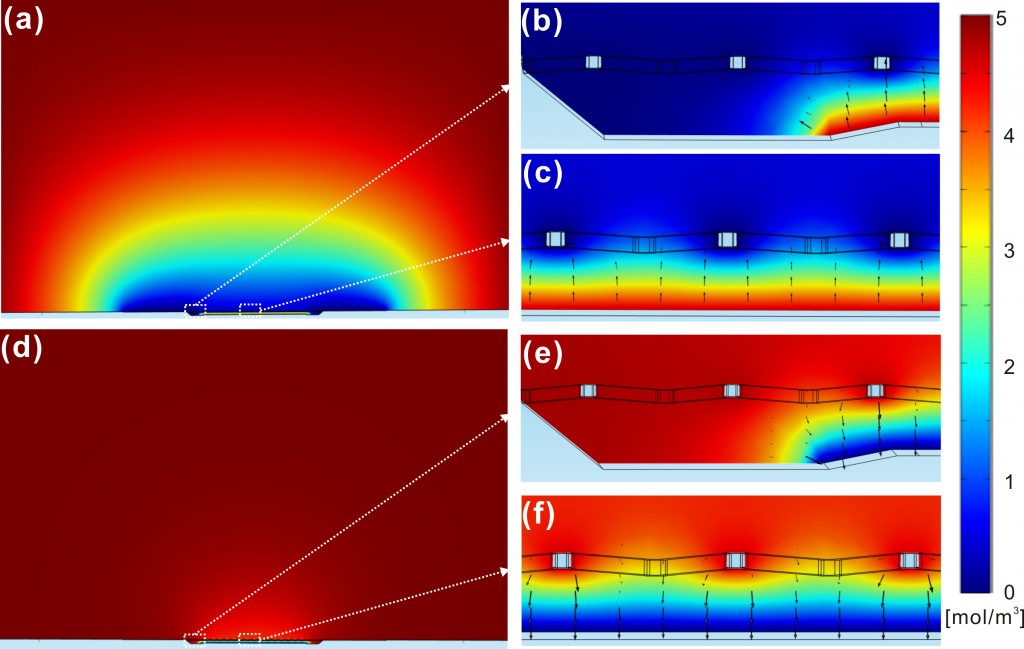 1. Y. Lim, J. I. Heo, H. Shin*, “Fabrication and application of a stacked carbon electrode set including a suspended mesh made of nanowires and a substrate-bound planar electrode toward for an electrochemical/biosensor platform,” Sensors and Actuators B 192, 796 (2014)